A Paper Presented to the Music Area of The Popular Culture Association
April 13, 1995

Up through The Unforgettable Fire (1984) U2 were generally regarded as relentless critics of political repression and religious/ethnic violence, especially as practiced by warring Protestant and Catholic factions in Northern Ireland. They had established themselves by this point as arguably the most socially-conscious band in rock history. Their human rights sympathies found expression in affiliation with groups like Band-Aid and Amnesty International; their enthusiastic participation (along with like-minded “message” rockers Sting and Peter Gabriel) was key to the success of Amnesty International’s mid-1980s promotional tours. They were also enthusiastic participants in other politically- oriented projects – Live Aid and Little Steven’s Artists Against Apartheid are two which spring immediately to mind. END_OF_DOCUMENT_TOKEN_TO_BE_REPLACED

She held out her hands, palms up, the fingers slightly spread, and with a barely audible click, ten double-edged, four centimeter scalpel blades slid from their housings beneath the  burgundy nails. She smiled. The blades slowly withdrew.
– William Gibson, Neuromancer (1984)

Pat Diener…is 26 years old, and she is going deaf. Landing her in the annals of science are the microscopic electrodes that doctors have buried deep inside her brain. Two fine platinum wires – as thin as a human hair and insulated in teflon – run underneath the young woman’s skull, connecting the electrical circuitry inside her head to a black plastic plug that sticks out from behind her left ear. From there, Diener can wire herself into a pocket-sized “speech processor” that picks up sound and transmits it to the electrodes, enabling the brain to interpret it.
– Associated Press Wire Report, 12/2/92

The technological explosion of the last few decades has made workaday fact of once-wild science fictions like genetic engineering, space travel, laser surgery and computer-generated animation – not to mention the handy little construct used to produce this document, the IBM-compatible 386-SX personal computer. END_OF_DOCUMENT_TOKEN_TO_BE_REPLACED

Elvis was not a phenomenon. He was not a craze. He was not even, or at least not only, a singer, or an artist. He was that perfect American symbol, fundamentally a mystery, and the idea was that he would outlive us all – or live for as long as it took both him and his audience to reach the limits of what that symbol had to say.

– Greil Marcus – Dead Elvis: A Chronicle of a Cultural Obsession

Death Week, as most people know by now, is the ritual observance of the anniversary of Elvis Presley’s death on August 16, 1977. The festivities include, but are not limited to: tours of Graceland, the King’s palatial estate hard by the Memphis boulevard bearing his name; picnics; Elvis impersonators of every age, race, creed, sex, and religious persuasion; ample opportunities to spend one’s life savings on a brain-numbing array of Elvis paraphernalia; and, of course, the climactic candlelight vigil at the grave site.

This being the fifteenth anniversary of the King’s alleged demise, the size of the celebration and the amount of media attention it received were greater than usual. END_OF_DOCUMENT_TOKEN_TO_BE_REPLACED

Note: This article originally appeared in the Winston-Salem Journal, May 21, 1992: p 32

You may have noticed some changes up and down your radio dial lately. WKZL (FM 107.5), for several years the Triad’s top-rated contemporary hit station, has become 107.5, The Eagle; the new, lighter sound is essentially mainstream Top 40 minus the rap and heavier rock and roll.

And WWMY, which for years bounced from format to format trying to carve out a niche in the Triad’s overcrowded FM market, is now Magic Lite, a softer sister to Adult Contemporary fixture WMAGic 99.5.

Of course, format shifts are nothing new, especially in the Triad, where absolutely everybody agrees that there simply isn’t enough advertising revenue – the lifeblood of commercial broadcasting – to support the number of radio stations. END_OF_DOCUMENT_TOKEN_TO_BE_REPLACED

On Tuesday, November 20 – two days before Thanksgiving – Robert Lewis, Jr., 34, was knifed to death in the parking lot of the Burlington Coat Factory in Raleigh, where he worked.

The man charged with the murder, Robert Leon Hill, is the estranged husband of one of Bobby’s co-workers. Hill apparently thought his wife and Bobby were romantically involved, but authorities have no evidence that this was the case. END_OF_DOCUMENT_TOKEN_TO_BE_REPLACED

“Pictures of Venus” was published in the Spring 2003 issue of storySouth. Click to read.

A friend passed along this interesting list of US statistics for the year 1905. You can find the list reproduced in several places around the Web, and I have no idea about the original source. For that matter, I can’t swear that any of it is even accurate, although most of it seems about right.

Anyway, the point was to illustrate how much things have changed in a century. To be sure, these stats paint a picture of a world far different from USA circa 2k6. However, I just don’t feel like whoever compiled the list did a good enough job connecting the dots. So I’m taking the list – most of it, anyhow – and adding in the 2006 analogue so that it’s a little clearer what the numbers mean.

Here we go (and apologies in advance for the totally uncalled-for cheap shots): END_OF_DOCUMENT_TOKEN_TO_BE_REPLACED 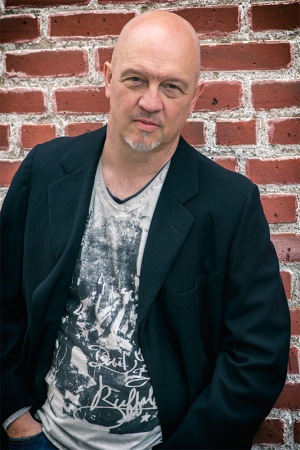